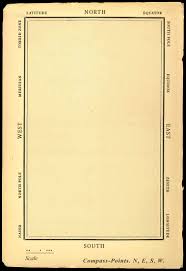 Postmodern Alice 5 – The Map and the Territory

‘What is the use of a book without pictures or conversation?’ This question Alice aske herself from the outset. ‘Down, down, down,. Would the fall NEVER come to an end!’: she is still falling and yet her immediate reaction is to try to create a mental map of her new location:

‘I wonder how many miles I’ve fallen by this time?’ she said aloud. ‘I must be getting somewhere near the centre of the earth. Let me see: that would be four thousand miles down, I think—’ (for, you see, Alice had learnt several things of this sort in her lessons in the schoolroom, and though this was not a VERY good opportunity for showing off her knowledge, as there was no one to listen to her, still it was good practice to say it over) ‘–yes, that’s about the right distance–but then I wonder what Latitude or Longitude I’ve got to.’ (Alice had no idea what Latitude was, or Longitude either, but thought they were nice grand words to say).

In an approach at once pertinent and contemporary, Thomas G. West in his Thinking Like Einstein: Returning to Our Visual Roots with the Emerging Revolution in Computer Information Visualization.(i) sets out to investigate new ways of visual thinking, new intuitions and, as well, the kind of innovative creativity now based on computer graphics and on such information as is supplied by visualization technologies. We are faced – he maintains – with a significant cognative turning point since practically everyone today has access to computers, instruments capable of processing almost instantaneously a vast quantity of information. The world previously was conceived primarily in terms of words and numbers; in the new world of today highly complex formulations in all fields are based on the manipulation of complex information and on a new dode of visualization which brings into play mobile computer-produced images. This is the way in which Einstein  thinks …and so does Alice!

In La Repubblica of the 14th of May 2011, Maurizio Ferraris writes: ‘ Paper declines, and paper triumphs…Nowadays you turn on your television only to find that the box hosts words and images in motions (my italics); we have to do with a kaleidoscope of words and diagrams. The book you open is full of illustrations, many more than you might have met with in the past; now we are face to face with diagrams, graphics, figures… Jennifer Egan’s Pulitzer prize wining A visit from the Goon Squad, a novel of some seventy pages, has been published in power point slides format.’ Ferrarsi points out that the the current vogue of thinking through images is, in reality, a return to a Western philosophical tradition which from the pre-Socratics leads to Hegel by way of Plato’s disciple, Aristotle, for whom ‘the soul never thinks without images.’ [ii]

So it is [iii] that Alice, as the account of her adventures unfolds, seems to fall into line with those writers the  starting-point of whose masterpieces is a mere map. Robert Louis Stevenson’s Treasure Island, for instance, sees him as at once protagonist and author (this is educational literature). He himself tells us: ‘I drew a map of the island; elaborate and with beautiful colours. Its shape moved me beyond words: there were harbours that I liked as much as I like sonnets. With the unconsciousness of the predestined, I named my book Treasure Island. By observing the map, the future characters started to materialize in my imaginary words. Their tanned faces and the gleam of their weapons showed up in the most unexpected places, fighting and looking for the treasure, as they crossed back and forth those few squared centimeters of two-dimensional projection. Shortly after, I started listing the book chapters.” [iv]

Of course, we know that map and territory are separate entities. The maps and the layouts used by tourists are imperfect projection of the physical location they refer to, partial and even perhaps innacurate images, which serve for orientation. The mathematician and linguist Count Alfred Korzybski, as long ago as 1933, took this stance, suggesting that we should avoid identifying models with the reality they represent. The only attempts that I am aware of to create maps that can be identifed with the territory they represent are those of Borges and of Carroll himself.  The cartographers in Borges set out to compile a map of the empire which would be as big as the empire itself. A hopeless undertaking, this, and the chronicles record that even now, in the middle of the desert, animals and nomads come across fragments of this abandoned work, left to the inclemency of time … In Carroll’sSylvie and Bruno Concluded [v] , a German professor describes a map, scale 1:1, which contains absolutely everything in its actual scale: ‘It has never been unfolded and opened’, he tells us. ‘The peasants objected, saying that it would cover the whole country and shut out the sun! So we now use as a map the country itself, and I can assure you that it works just as well!”

The alternative to this absolute, but somewhat self-hampered approach  is once again offered again in his Hunting of the Snark by the creator of Alice. [vi]  The most radical solution is that proposed by captain Bellman who, despite his blatant incompetence, is admired by the crew for his good temper and because he loves to quote Shakespeare (once again, Shakespeare!): His is a Blank Map, welcome to each and all because it offers no resistance. There is no need to think: it can be understood by anyone.  ‘Other maps are such shapes, with their islands and capes! / But we’ve got our brave Captain to thank / (So the crew would protest) that he’s bought us the best / A perfect and absolute blank!’. Captain Bellman’s map contains absolutely nothing, it simply represents an indifferent and undifferentiated expanse of ocean, ‘a large map representing the sea  / Without the least vestige of land.’ On the contrary, as Milli Griffi observes, other maps are full of signs, whose cognitive value makes it possible  to assess them (‘What’s the good of Mercator’s North Poles and Equators / Tropics, Zones, and Meridian Lines?’ / So the Bellman would cry: and the crew would reply, /  ‘They are merely conventional signs’).

Furthermore, we might remark, in the above mentioned quatrain, the contraposition between the first verse and the last: ‘Other maps are such shapes’ and ‘A perfect and absolute blank!’. The verb ‘to be’ qualifies the map as a constituted and established form, while being a form is not the same thing as being a void, a shape is opposed to a blank. While sharing Captain Bellman’s love for Shakespeare, we might prefer his arduous attempt to arrive at knowledge as opposed to the perhaps satisfying vacuity of nothingness, while we attempt to follow Alice in her dreamlike journey into our contemporary world and to collocate her adventures in the framework of the map of her Wonderland. We are driven, in short, to accept the necessary limitations imposed on cartographers when they accept to place themselves between two extremes, each of then meaningless: Bellman’s map that contains nothing, and  that of Sylvie and Bruno that encompasses everything. Thus it is that top and bottom, left and right, up and down merge, overlap, and change places: as they do in Wonderland, in Escher’s engravings and in such contemporary labyrinths as are created by  the interplay of Internet.

[v] published in 1893, this work was the last submitted for publication while Carroll was still alive.